When was the last time you got up and did something significant? You didn’t wait for approval. You didn’t wonder if it would be okay for you to do this. You didn’t worry what someone was going to think. You just did it because you know that what’s in your heart is good. Men, let’s take action.

We often play this “Someday” game thinking that someday our train is going to roll into the station and all of a sudden we’ll be on our way to the adventure we always knew we were supposed to have.

I could just keep going on and on and on. The possibilities for this “Someday Syndrome” are endless. And it plagues us. It’s secretly telling us over and over and over, “You’re a victim. You can’t change anything about your life. You have to just pray and wait. It’s not your responsibility. It’s God’s.”

The reason those somedays are plaguing you is quite possibly because you don’t realize that YOU can do these things. Yes pray. Yes wait on God. But not instead of action. Not instead of doing what you know you should be doing. You were put here to do stuff to make this place reflect heaven. So do it. Who cares if you mess up? Who cares if people don’t like it? Who cares if you’re not qualified or endorsed? Who cares if it’s not God’s timing?

I’ll bet that God would be more excited that his son is going out and failing than he would be upset that you missed his timing. The most successful people of the world tell us that failure is vital to achieving anything meaningful. But we Christian men seem to have missed that.

I’ll bet that God would be more excited that his son is going out and failing than he would be upset that you missed his timing. Click To Tweet

Let’s go out and fail and screw up. But dang it let’s at least try!

Remember the scene from the Two Towers? Aragorn and Legolas and Gimli and all the people from Rohan are locked up in the fortress at Helm’s Deep and they’re about finished. The bad guys have been wearing down their defenses…killing a bunch of the elves…and about to break through the last door into where all the people (including non-soldiers) are hiding.

Aragorn had a promise from Gandalf that Gandalf would be coming back on the third day. Aragorn, if he was anything like us, probably would have stayed behind the door and held on for dear life, waiting for Gandalf to come save him.

But he didn’t do that. He mustered himself and his men to ride out and meet the enemy. He had a promise, but that didn’t mean that he wouldn’t fight.

What about you? You have promises from the Word of God. You have a God who will rescue. But for the sake of the world and your own identity, don’t hide behind the promise anymore. Ride out and fight and die if you must. This is when Jesus arrives. 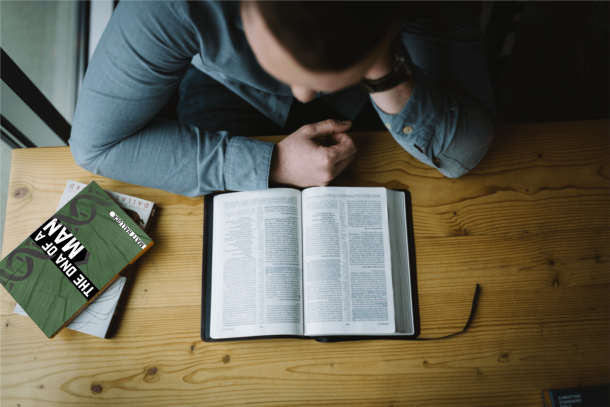 JOIN US AS WE BECOME BETTER MEN, BEGIN YOUR JOURNEY WITH THREE FREE CHAPTERS

Enter your email address to become more of a man, more of a warrior, more of a king. I'll only send you the best of what I've got to help you heal your mind, marriage, and mission.

And to kick things off, I'll send you three chapters of my newest book, The DNA of a Man. I've had men tell me this book is changing their life and giving them the tools they've needed to revamp their marriages. Welcome

Congratulations! You're In! Check your email for your excerpt from The DNA of a Man

"Yes, I'm very interested in everything you're saying, Matt, and in the course on improving my marriage and sex life."

"Could you send me my email invitation?"

Thank you! Your invitation will be in your inbox shortly. Looking forward to your transformation!

By the way...I will never misuse or abuse your information that you provide here. By submitting this form, you will be added to my email list, but you can opt out at any time, and I will only ever send you things to help you on your journey.