Ep. 29 – Origins One, How I Became Fathered by God

Men–MANY men–have pain rooted in their concept of fatherhood. Whether they don’t know their dad, they do know their dad but he hurt them, or they don’t know how to BE a dad. This concept of fatherhood and fatherlessness is one that has had a crippling effect on our culture. And tragically, too often we don’t actually experience God as our Father. We believe he is one, but we don’t truly know it. We don’t feel it. We have never had a real interaction with him as such, even if we give mental assent to it.

In this episode, Matt shares how he discovered God as his Father, springing out of the deep pain and disconnect he had from his own dad. A call to men to find the Lord as their Father for themselves.

To get more from Man Warrior King, go to www.manwarriorking.com

To pick up your copy of The DNA of a Man, click here. 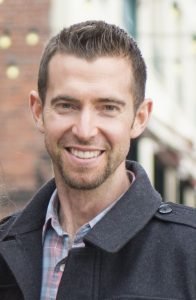 We don’t settle. Ever. We keep pushing for more of God’s presence, more of his power. More authority in our spheres. More confidence in our spirit. More passion in our relationships. More health in our bodies, minds, and emotions. More miracles in our daily life.

If Jesus said it, we believe it at all costs.

The DNA of a Man 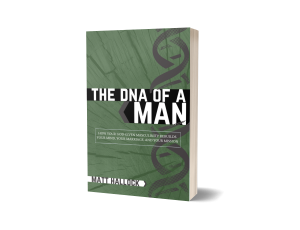 The book that is helping men of God become MEN in God’s Kingdom.

“Every Christian man should read this book. No matter your stage of growth in the Lord, you will benefit greatly. If you are struggling with your marriage or other areas of your life, this book will give you a fresh and different perspective.”

“Men, dads, brothers this book has in it exactly what you need. His book is inspired by the Spirit as every word hits me right where it needs to and inspires the changes I need to make. I couldn’t possibly say enough here for my review to do this book justice! Let me just say that my marriage needs me to read and apply this book!”

"Yes, I'm very interested in everything you're saying, Matt, and in the course on improving my marriage and sex life."

"Could you send me my email invitation?"

Thank you! Your invitation will be in your inbox shortly. Looking forward to your transformation!

By the way...I will never misuse or abuse your information that you provide here. By submitting this form, you will be added to my email list, but you can opt out at any time, and I will only ever send you things to help you on your journey.